A webcam is short for 'web camera'. 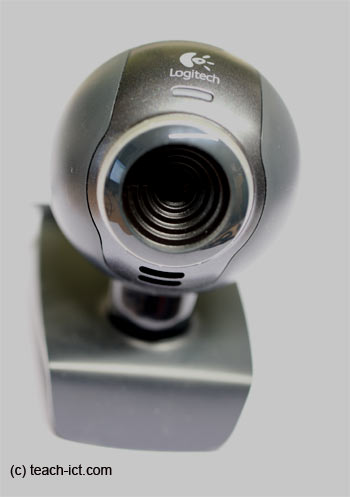 A webcam is an input device because it captures a video image of the scene in front of it. It is either built in to the computer (e.g. laptop) or it is connected through an USB cable.

The video signal is made up of a series of individual 'image frames' which are an instant snapshot of the scene in front of it. Each image frame is sent to the computer for further processing by webcam software. If the 'frame rate' is fast enough (more than 25 frames per second) it appears as motion video.

Many webcams are also used to catch an image frame every now and then, perhaps every minute or even every hour.

Common uses of webcams include:

Webcams are commonly used to allow people to see each other whilst chatting over the internet. Formally this is called 'teleconferencing'

There are hundreds of webcams dotted around the world that are pointed to an interesting scene such as the outside view of a lab in the Arctic or maybe the Niagara Falls. The web cam is attached to a computer which sends an image to a server on the internet on a regular basis. People then connect to the server to see the latest image.