Flash memory is a non-volatile, solid state storage device.(i.e. keeps its data without power and has no moving parts). 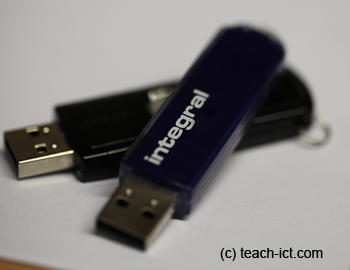 Flash memory is increasingly being used in a wide range of devices. Some examples include:

Flash memory offers very fast access to data and programs. However, retrieving data from an external flash memory device such as a USB stick would be slower than an internal hard disk because the speed of access is restricted by the USB link or connection.

With the development of tablet computers, flash memory is used as the main form of internal storage because there is no room for a traditional hard disk. These disks are called SSD (solid state storage). In this case, access to the data stored in flash memory would be much faster than from a hard disk because there are no moving parts involved.

Currently, the down side to using flash memory as the main storage method is that it has a limited number of read/write cycles which limits its useful life span.

Flash memory, when packaged in a "memory card", is very resilient to damage, unlike many other storage devices. It can withstand extremes of temperature, being immersed in water or being accidentally dropped.